Redistricting is the process of redrawing the boundaries of local election districts, including districts related to city councils, school boards, county boards of supervisors, and more. Local governments must redistrict at least once every ten years, based on federal Census data, to reflect changes in population and to ensure that all districts have the same number of residents.

The Humboldt County effort is focused specifically on the five local Supervisory Districts.

Who Counts in Redistricting?

Redistricting is based on the idea of fair representation, which makes sure that each voice is represented fairly, by creating districts that have the same number of people. Census data is collected every ten years and is used to draw new maps to account for the ways that populations have changed and/or moved across current district boundaries.

Why do we need fair redistricting?

How district lines are drawn influences who runs for public office and who is elected. Elected representatives make decisions that are important to our lives, from ensuring safe roadways to adopting immigration policies. Who lives in a district can influence whether elected officials feel obligated to respond to a community’s needs. The district boundaries are in place for the next ten years, and their policy impacts can last well beyond that.

In Humboldt County, Supervisors make a range of policy decisions, including adopting the annual budget, which dictates program spending and service levels across the county.

Who Gets to Draw the New Districts?

District boundaries are typically drawn by the elected officials who govern those districts. Some local jurisdictions in California use commissions to conduct public outreach, draft new maps, and in some cases, adopt those maps independently of the local legislative body.

Why should I get involved?

By participating in the redistricting process, communities that have had difficulty accessing representation or having their priorities addressed, including communities of color and low-income communities, will have the opportunity to shape which communities are empowered and who get selected. District boundaries are generally drawn once every 10 years, so this process has long-term effects on community representation.

How can I participate in my local redistricting process?

Adapted from the Local Redistricting 101 Fact Sheet created By California Common Cause Visit commoncause.org/localredistricting2021 for more 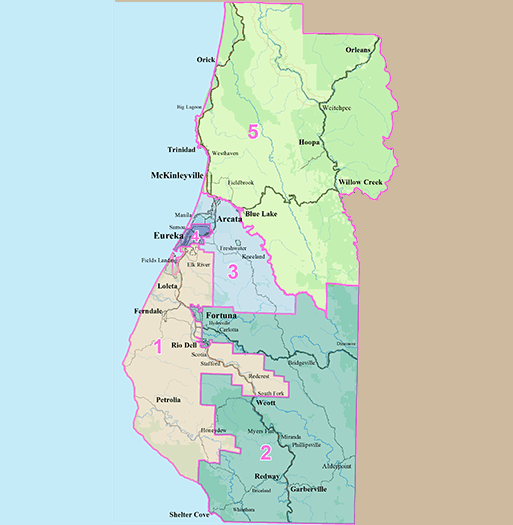