communication from the D.A. 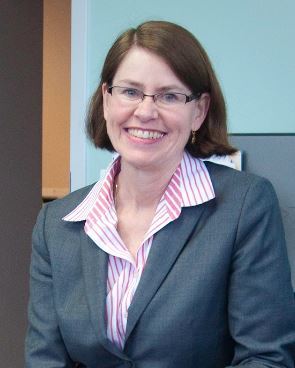 District Attorney Maggie Fleming has served as a prosecutor for over 30 years. After completing her undergraduate work at UC Davis, she earned her law degree at Santa Clara University.  During her law school years, she clerked for both the Santa Clara County Public Defender and Santa Clara County District Attorney.  After completing law school and briefly clerking in the San Diego District Attorney’s Office, she joined the Contra Costa County District Attorney’s Office, where she worked for 7 ½ years.  Her work in Contra Costa County included prosecution of a broad array of crimes, including child abuse, sexual assault, and homicide.  Maggie then joined the Humboldt County District Attorney’s Office and worked as a Deputy District Attorney for 17 years.   During that time, she helped form the Child Abuse Services Team (CAST) -a multi-disciplinary team that handles and assists children who are victims of abuse.  She also continued to prosecute violent felonies, including homicides, child abuse and domestic violence.  Throughout her career she has prosecuted over 120 jury trials and made multiple presentations of cases to criminal grand juries.  Maggie also served Humboldt County for three years as a Deputy County Counsel before she was elected District Attorney in 2014 and was sworn into office in January 2015.   She was re-elected in 2018 and is currently serving her second term as D.A.

As District Attorney, Maggie has collaborated with other county agencies to form a multi-disciplinary team to address elder abuse. This Elder and Vulnerable Adults Services Team (EVAST) works to rapidly intervene when alerted to potential crimes against elders. She has also made crimes of violence against children and family members a priority by staffing those specialized cases with vertical teams: a Deputy District Attorney, D.A. Victim Witness advocate and D.A. Investigator remain with each case and victim from charging through sentencing.

District Attorney Fleming strives to improve criminal justice by communicating and collaborating with representatives of all communities in Humboldt.   She has monthly meetings with representatives of Tribal Governments. To promote restorative justice, Maggie is collaborating with Tribal Court Judges, Humboldt County Superior Court Judges and defense attorneys to establish a program for tribal members to have their cases addressed in Tribal Court.

District Attorney Fleming had also collaborated with school boards, the Office of Education, and the court to establish a School Attendance Court to address the high rates of truancy and drop out in Humboldt County. Since the program began in 2017, parents attending court have been provided assistance and tools to help their children succeed in school. The court is not about punishment, but instead seeks to remind people of the importance of helping children commit to school. The program has been 70-80% successful in improving attendance rates.

Maggie’s efforts to improve the prosecution of environmental crimes was recognized in 2017 when she was honored for her commitment by the California Hazardous Materials Investigators Association.  She was also honored by the Humboldt County Domestic Violence Coordinating Council for her work in helping victims of violence in 2016.

She has also served as a Board Member and has now been elected by the statewide association of prosecutors to serve as the Second Vice President for the California District Attorneys Association (CDAA) and is co-Chair for the CDAA Domestic Violence Committee.