October 6, 2015, the Humboldt County Board of Supervisors approved the formation of an Eel River Valley Groundwater Working Group consisting of stakeholders representing agricultural, municipal and environmental interests to provide input regarding the local response to California Department of Water Resource's designation of the Eel River Valley groundwater basin as a medium-priority basin.

December 13, 2016, the Board approved Resolution No. 16-142 authorizing the Humboldt County Department of Public Works to submit a Groundwater Sustainability Plan Alternative for the Eel River Valley groundwater basin.

Execution of the grant agreement from California Department of Water Resources to support development of the Eel River Valley Groundwater Sustainability Plan.

Development of the Eel River Valley Groundwater Sustainability Plan while working with stakeholders for feedback and input.

If it is determined that the basin is being managed sustainably, the agency will need to perform annual monitoring to verify that sustainability is being maintained.

If it is determined that undesirable results exist, then projects and/or management actions would need to be developed according to a specified timeline.

The purpose of the Groundwater Sustainability Plan is to ensure high quality and abundant groundwater resources for human consumption, agricultural irrigation, and environmental services without causing significant and unreasonable adverse impacts (undesirable results). The work to develop the plan includes data collection and analysis to characterize the groundwater basin (including interactions with surface waters), develop reliable estimates of water budgets, and quantify the sustainable yield. This work will create computer modeling tools to investigate the presence or absence of undesirable results associated with groundwater pumping and support the development of sustainable management criteria.

The Eel River Valley groundwater basin is adjacent to the Pacific Ocean in Humboldt County, California, and experiences a cool maritime climate and substantial winter precipitation. The basin boundary encompasses approximately 72,957 acres and 21,558 residents, with nearly half of this population residing within the City of Fortuna.  In addition to agriculture and timber resources, the City of Fortuna, the City of Ferndale, the City of Rio Dell, and the unincorporated communities of Loleta, Carlotta, Hydesville, and Scotia occupy the basin.  The Eel River Valley Groundwater Basin contains five (5) census designated places which are recognized by California Department of Water Resources as Economically Distressed Areas: Ferndale, Loleta, Fortuna, Scotia, and Rio Dell.

Groundwater is supplied for general household use, agriculture production, and industrial or business use. Groundwater suppliers in the basin include: private domestic and agricultural wells, municipal wells, and public water systems. The basin is bisected by the main stem Eel River and its tributary, the Van Duzen River, both of which provide habitat for anadromous salmonids and other fish and aquatic species. The coastal basin discharges to the Pacific Ocean near Loleta. Tidal influences have been recorded in Eel River water studies up to five miles upstream of the river mouth (SHN, 2019). A study performed in 2016 by the Humboldt County Resource Conservation District, and included in the Eel River Valley Basin Eel River Valley Groundwater Sustainability Plan Alternative Submittal found on the Resources tab, estimated that approximately 13,558 acres of agricultural lands were irrigated using groundwater, of which more than 85% was applied to grazed pasture or hay crop production for livestock.  Other common basin crop types include corn, quinoa, and cannabis.

The basin provides for multi-use opportunities for outdoor recreational enthusiasts. 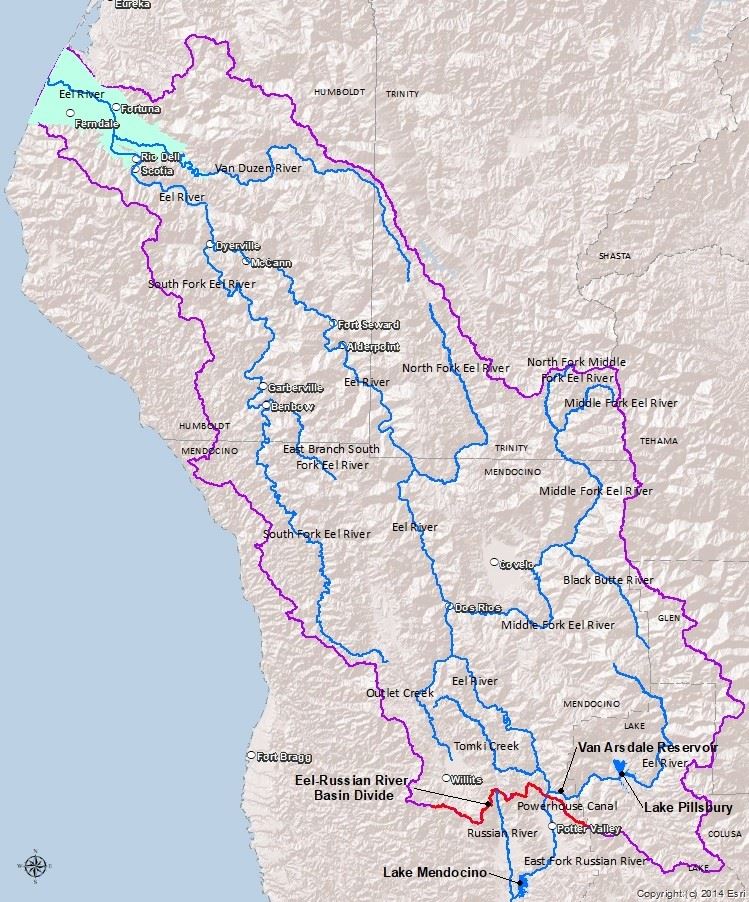 The image above shows the Eel River watershed boundary (purple) across Humboldt, Trinity, Mendocino, Glen, and Lake Counties. The branches of the Eel River and its tributaries are shown by the blue lines. The Eel – Russian River basin divide is shown by the red line. The Eel River Valley basin is located entirely within Humboldt County, highlighted in light blue. 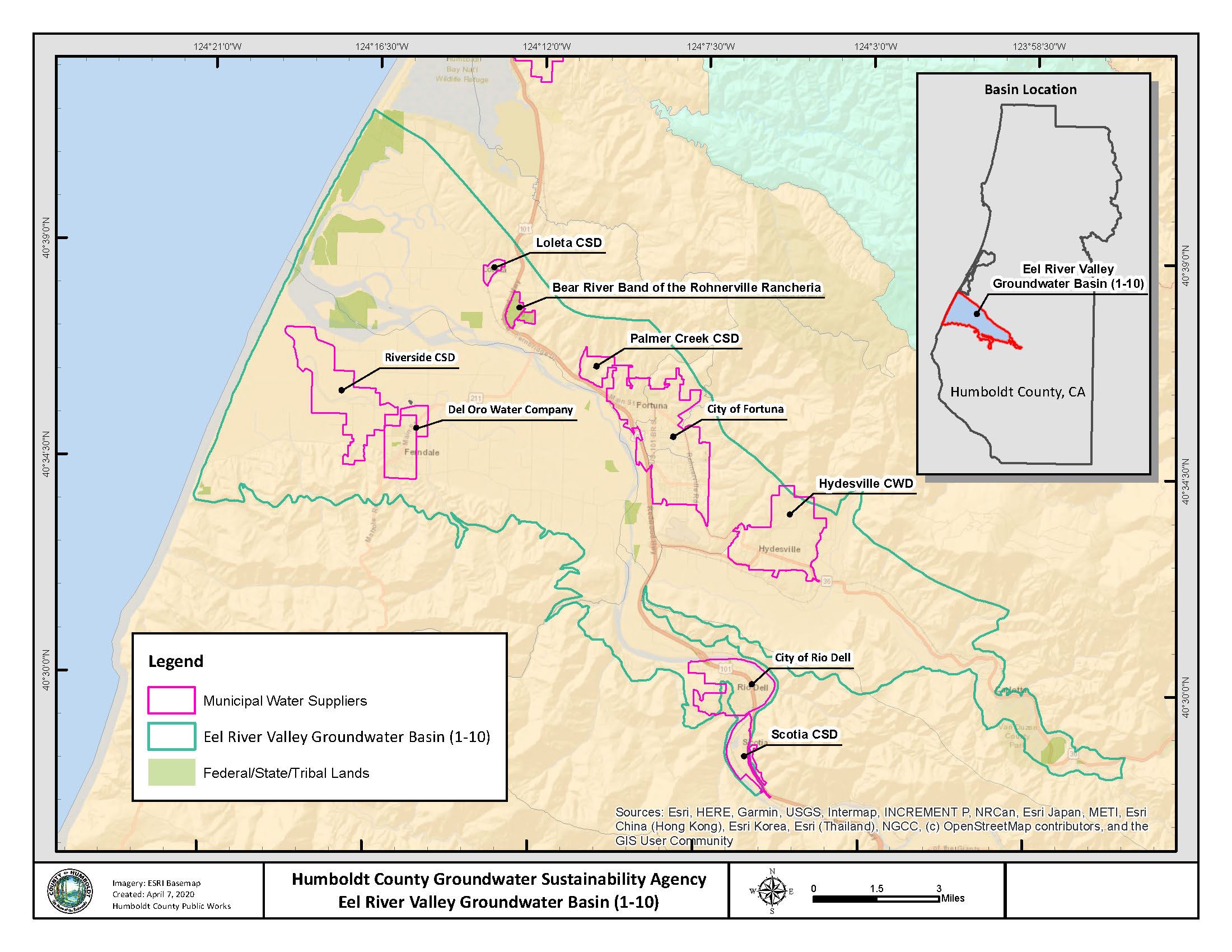 The map above shows the boundaries of the various municipal water suppliers within the Eel River groundwater basin. 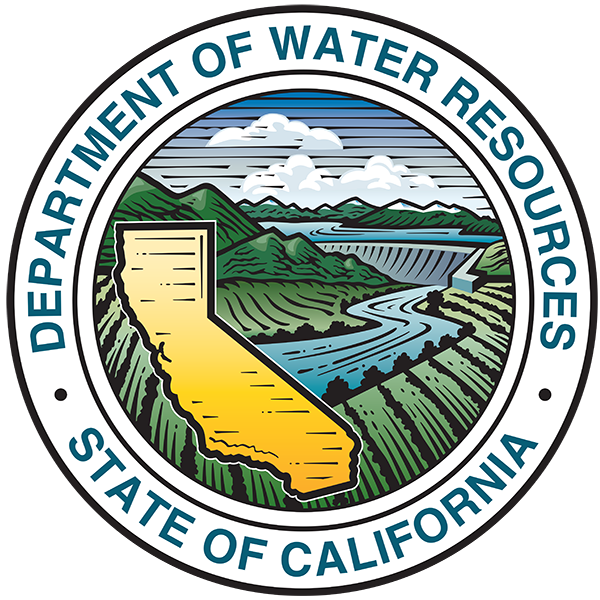 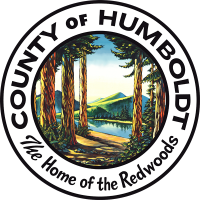 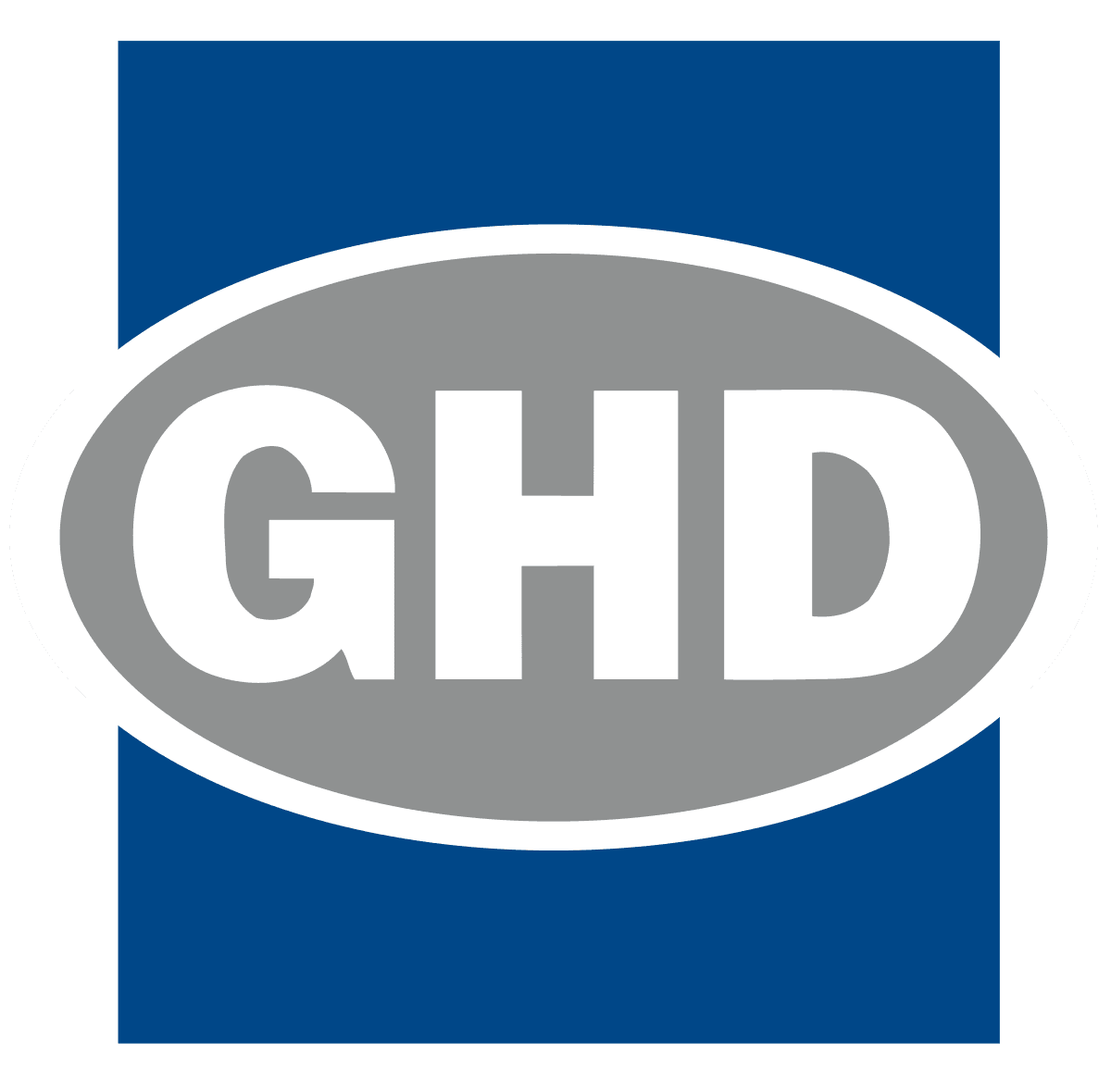 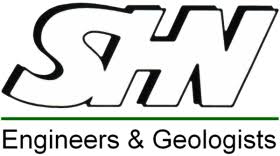 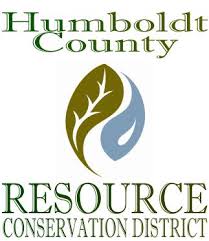 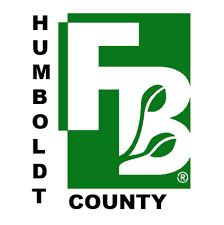 Governed by the Humboldt County Board of Supervisors, is tasked with the ambitious goal of developing a comprehensive groundwater sustainability plan by 2022 and implementing the plan to maintain or achieve basin sustainability by 2042.

Agenda and minutes will be included with the Board of Supervisors Agendas and can be found on the Calendar of meetings.

Next Meeting: None scheduled

An informal organization of stakeholders that serves to provide a forum for sharing information and viewpoints and provide input to the Humboldt County Department of Public Works staff on matters dealing with Eel River Valley Groundwater Sustainability Plan development and implementation; open to all interested stakeholders who wish to participate. Meetings are scheduled as needed.  Email a request to be added to the mailing list.

Next Meeting: none scheduled

Want to receive periodic updates about County groundwater related projects? Email your request to be added to the mailing list today!