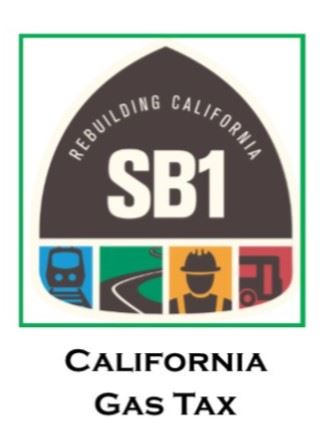 On April 28, 2017, Governor Jerry Brown signed into law Senate Bill 1, SB1, the Road Repair and Accountability Act. This law allocates $54 billion dollars over the next 10 years to "Rebuild California's" roadways. This tax is specifically allocated for road and infrastructure repairs throughout California, to include city and county jurisdictions. The funds are protected and cannot be diverted into other government projects. Funds are allocated to local jurisdictions based on certain formulas such as population and number of registered vehicles. Once funds are distributed they must be used for the projects specified and submitted by the local jurisdictions to the California Transportation Commission (CTC).

As of May 2018, a proposal has garnered enough support to put a repeal on the November 2018 ballot. Proposition 6, a repeal of SB1 could jeopardize the proposed improvement projects submitted and pending in Humboldt County.

For more information on SB1 and Proposition 6,  visit the following web sites:

SB1, the Road Repair and Accountability Act, is intended to help rebuild California's aging road and bridge infrastructure over the next 10 years. In Humboldt County, the first place to start is with our aging infrastructure beneath our roads. Rotting culverts, failed drainage systems and changes in natural geographic patterns cause water to erode roadways and roadbeds. Until the problem is fixed beneath the road, we can't repair the road itself.

Humboldt County submitted a list to the California Transportation Commission with over 70 culverts in dire need of replacing. As of October 1, 2018 Humboldt County has received just over $1.9 million of the $5 million requested. Work has begun to replace some of the culverts.