These links are organized into 3 sections.

Coronavirus tools are in the right hand column.

Snopes
Specializing in internet rumors and urban legends, this site checks all sorts of claims and is run by modern folklore experts Barbara and David P. Mikkelson.

Teen Fact-Checking Network
Teens and tweens get news on social media - but what's true, and what's drek? This site has fact-checking by teens, for teens, on the stories of the moment. Each fact-check is explained so you can see what the teen researcher did and pick up the skills for your own use.  A project of the nonpartisan Poynter Institute for Media Studies.

Truth or Fiction
This site looks for outrageous claims, rumors, and hoaxes.  Founded by Rich Buhler, a Christian Radio pioneer, the site is considered unbiased.

FactCheck.org  is a nonprofit, non-partisan website that 'aims to reduce the level of deception and confusion in U.S. politics,' and is run by the Annenburg Public Policy Center.

Politifact
Reporters and editors from the Tampa Bay Times fact-check statements by members of Congress, the White House, lobbyists and interest groups and rate them on a "Truth-O-Meter."

Botometer
Type in a Twitter handle and this site will tell you how likely it is that the tweeter is a robot.

NewsGuard - Download this browser extension to see trust ratings on your news sources.

Check a Website's Claims
Here's an example of a fake news website, with notes about how to tell it's fake.  Click the other tabs above to get more information and practice checking facts on other sites.  From Indiana University East.

Crash Course in Fact Checking
From the web security firm Kaspersky, here's a quick and very practical guide to the basics.  Some links are old in this article, but the tricks of the trade here are solid.

Fakey
Play this game to learn to spot and deal with misleading social media. It is one of a set of tools developed by Indiana University's Observatory on Social Media.


Bad News
This is a game that puts you in the role of a fake news creator.  How bad can you be? Learn the tricks so that you can spot them when they are aimed at you. Developed by DROG, a fake-news fighting group from Holland, in partnership with Cambridge University in England.


First Draft
Basic verification skills for journalists and others who care about the truth. Explore the site for advanced skills as well.

Hoaxy
Watch this site's tutorial & learn how to use this tool to check where misleading tweets and Facebook rumors come from. Another Indiana University tool.

Image Edited
This tool can usually tell you if an image has been digitally edited or is an original photo.

Savvy Info Consumers
Guides for checking facts from the University of Washington. 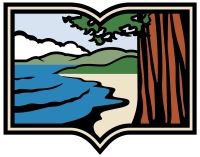 Coronavirus Misinformation Tracker - what sites are spreading bad info about the virus?

FactCheck’s Coronavirus page - steering you away from bad info and toward accurate facts.